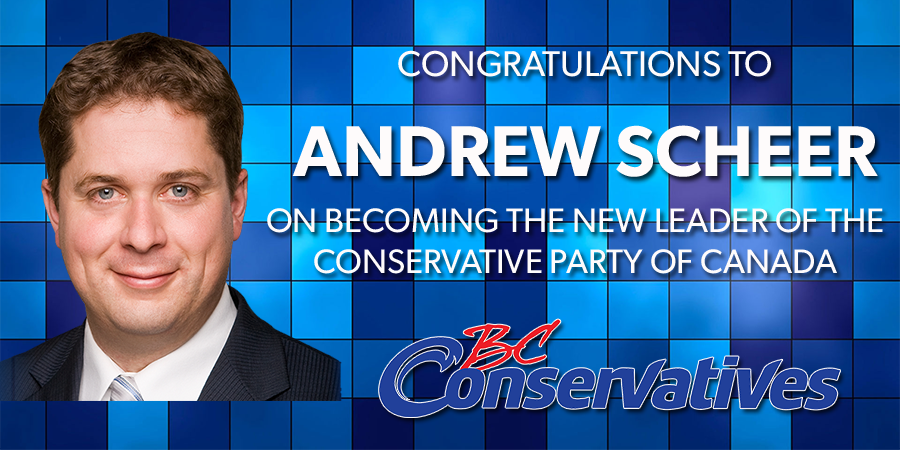 In a tight race against twelve other registered contenders, Andrew Scheer emerged as the choice of a majority of Conservative members.

“On behalf of the BC Conservatives I would like to offer our congratulations and support to Mr. Scheer,” said Corbin Mitchell, President of the British Columbia Conservative Party. “Now is the time for all Conservatives to unite around a new leader and common banner.”

“The ties between the Alberta conservatives and the federal Conservatives are strong,” continued Mitchell, in reference to Alberta Progressive Conservative Leader Jason Kenny and Wildrose Party Leader Brian Jean – both former Conservative Members of Parliament – announcing their intent to create the United Conservative Party. “It’s BC’s turn now to reject decades of Liberal mismanagement and form a united conservative front.”