THE FOLLOWING is a statement from the Conservative Party of BC, regarding removal of funding to the Delta Hospice Society:

The Canadian Hospice Palliative Care Association, in an online article entitled “Dispelling the Myths” states that it is important for people to understand that; Hospice and palliative care focuses on living until the end, not dying.

Those who are illegally blocking the rights of others today, may be the ones who, in the future, will need the same protections of law which they are now flouting

FT. ST. JOHN: The following is a statement from Conservative Party of BC Leader, Trevor Bolin: Yesterday, a mob of individuals once again stormed the BC Legislature, forcing their way past security and police who are responsible for the security and safety of the building, Members of the Legislative Assembly, staff, and citizens of the province.

“As British Columbia’s ONLY Conservative Party, we have stood strong in our opposition to the Carbon Tax which was first imposed by the BC Liberal’s, and increased over and over since then, including by the current BC NDP government of Premier John Horgan”.

As I sit here on Family Day spending the day with my boys, (who are growing up far too fast), I can’t help but think of the negative impacts tomorrow’s lackluster budget will have on our children’s and grandchildren’s future.

When John Horgan was named The Premier of British Columbia, a year before I was elected the Leader of BC’s Conservatives, I wrote him a letter. This letter never received a reply, and was likely unread, but it has brought us to where we are today. I shared with The Premier what a bright future for British Columbia could look like and the steps that needed to be taken to enhance her people’s lives. The message was simple, balanced, and a way to govern a vastly diverse province in which no family, and no British Columbian gets forgotten.

BC Conservatives Statement on the Throne Speech

If you were like me, reading the highlights of today’s throne speech and waiting for something, or anything that was relevant to enhancing your life BC, and missed it ... you weren’t alone.

Today’s Throne Speech is a good example of why people have given up on not only the Government, but the politicians they elect to represent them.

Statement from Trevor Bolin regarding BC Forestry & new information about BC casino corruption.

Trevor Bolin: "There will be no uncertainty".

In a Globe and Mail news story on the 13th of December, reporter Justine Hunter stated:

"The new year will bring uncertainty to British Columbia’s political landscape, with opportunity and risk for each of the three parties in the legislature."

In the story, she quoted NDP Premier John Horgan as saying, “I’m going to miss Andrew.” 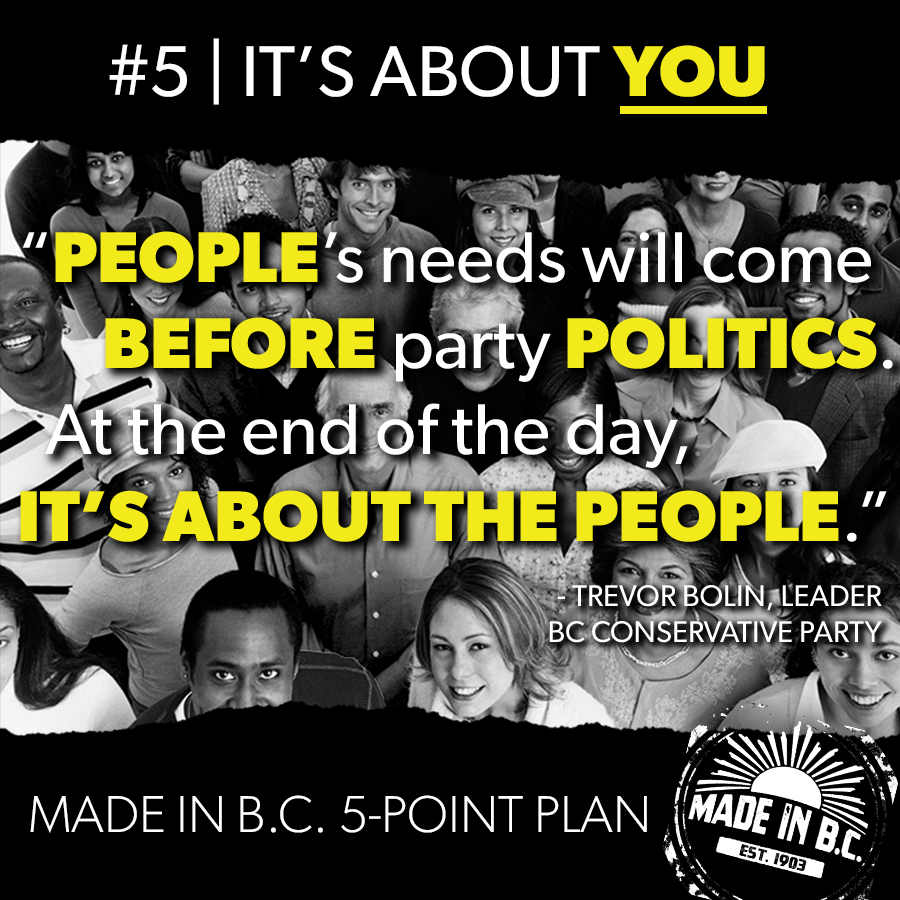 We will make Government about people, this is our BC. MLA’s responsible for the promises made to constituents. Platforms and policies that represent all British Columbians alike. Accountable, transparent and open government led by the people, for the people. - Trevor Bolin, Leader