Frigid temperatures that included -40 in The Peace prove once again that a carbon tax, especially on home heating fuels, is grossly unfair

Frigid temperatures that included -40 in The Peace prove once again that a carbon tax, especially on home heating fuels, is grossly unfair

On April 1st, the carbon tax on gasoline will be jumping from 8.89 cents per litre to 9.96

On April 1st, British Columbians will once again see another increase to the provincial Carbon Tax.

Commenting on the upcoming tax hike, Conservative B.C. leader Trevor Bolin remarked, “Last year’s increase was cancelled due to COVID-19. Thankfully, we have the government’s word that we will only see a one-year jump, rather than two, come April.

We have been opposed to the carbon tax since its inception by the Liberals in 2008, a point I reaffirmed this same time last year. It is little more than a green-washed money grab that accomplishes nothing, and instead hurts British Columbians.”

“On April 1st, the carbon tax on gasoline will be jumping from 8.89 cents per litre to 9.96,” stated the Conservative leader. “Not only will direct costs increase for millions of British Columbians who have no choice but to drive their personal vehicles, the costs of everyday household needs including the foods we eat will climb due to higher transportation and manufacturing costs. 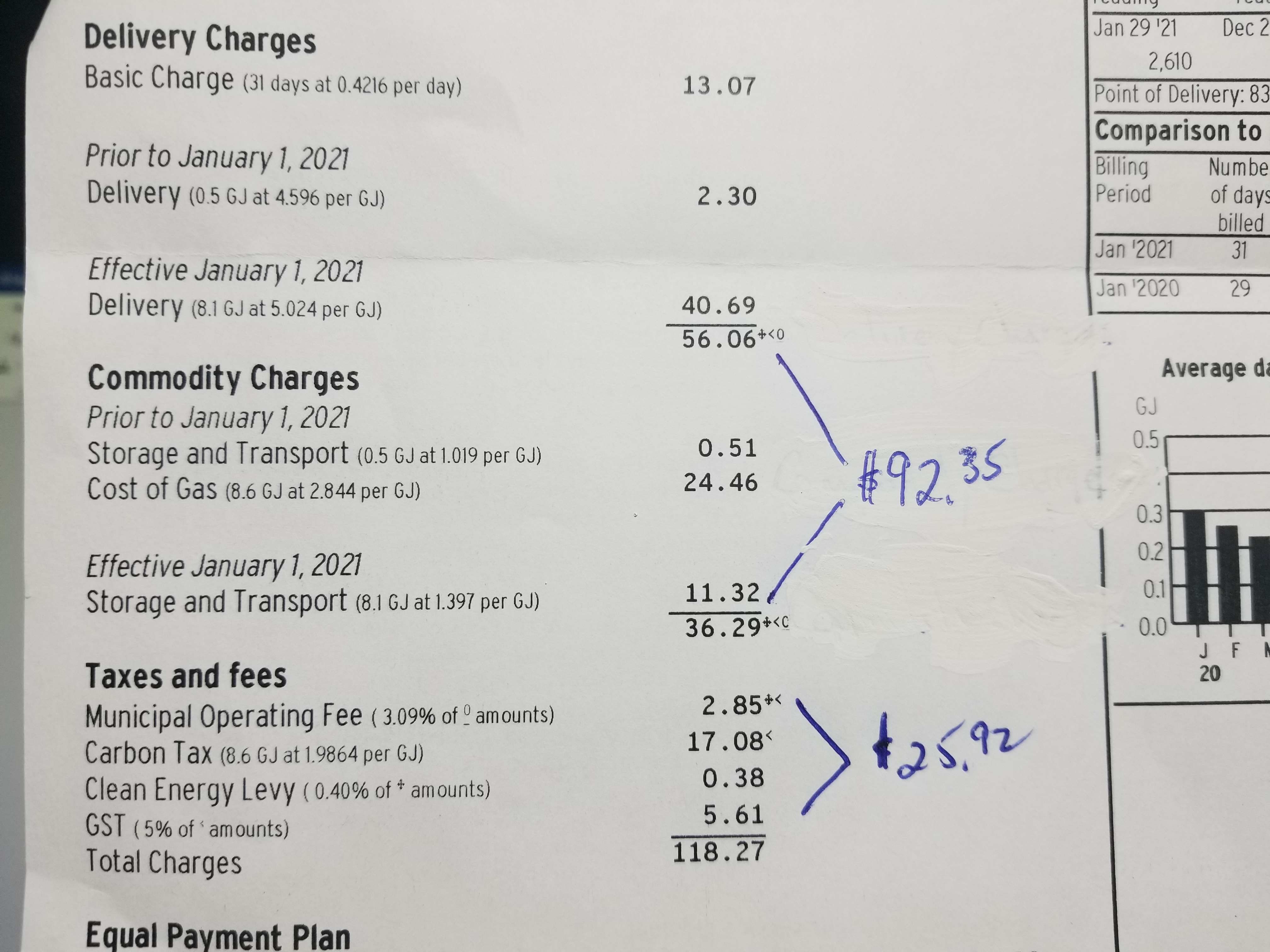 Worse yet the carbon tax on natural gas, used by many to heat our homes and businesses, will go from 1.9864 cents per gigajoule to 2.3053 – an enormous 16% increase.” Bolin continued. “These taxes already make up an almost staggering 30% of the commodity charges.  How much more does this government expect to be able to squeeze from families and small businesses, before they break?

Last week frigid temperatures that included -40 in Fort St. John proved, once again, that a carbon tax – especially on home heating fuels -- is grossly unfair. You can be sure the only thoughts on our minds were staying warm and being grateful for our energy industry.

Technologies being developed right here in B.C., and across Canada, are much more efficient at doing the job of protecting our environment and reducing greenhouse gases.

I would ask Premier Horgan and Finance Minister Robinson; please ensure our home-grown technical advances are implemented instead of inflicting punishing taxes on the people of B.C.”, Bolin concluded.