“We’re sitting with one of our oldest industries at a standstill, and the mismanagement that has allowed that to happen must stop.” 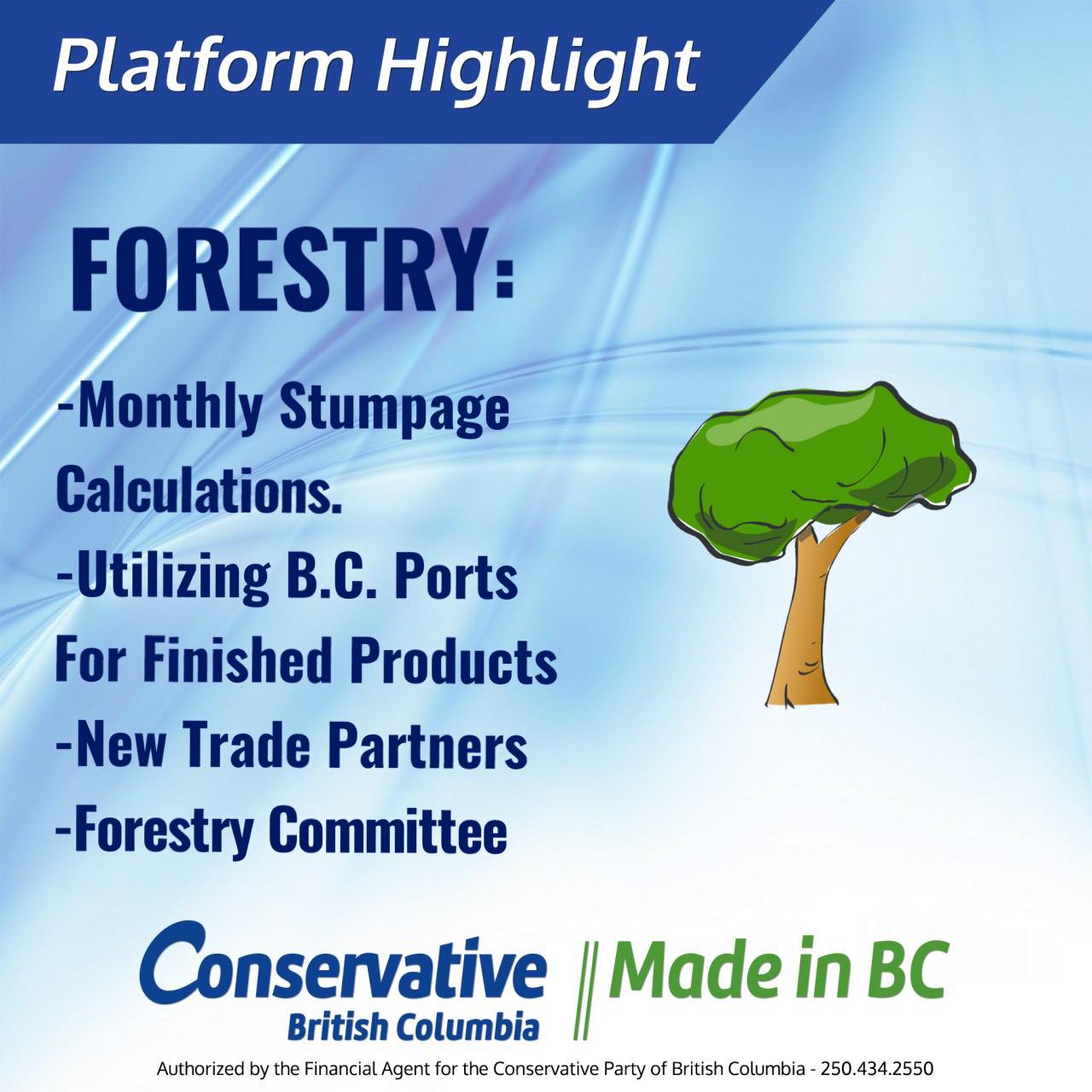 Given the importance of the forest industry to the economic well-being of the entire province, and especially small town and rural BC, it is no wonder BC’s Conservatives are calling for changes to get the industry off life support.

“One of British Columbia’s oldest industries has been neglected for decades under two different governments – both in majority and minority situations.”

Speaking from the Peace River North riding where he is running, Bolin said there is an immediate way to help the industry become more competitive.

“We need to ensure we can compete with neighbouring jurisdictions, such as Alberta, where they look at their stumpage fees monthly instead of semi or annually as we do in BC right now.”

“We’re sitting with one of our oldest industries at a standstill, and the mismanagement that has allowed that to happen must stop.”

Conservatives are also calling for renewed efforts to expand our market for finished products.

“We need to stop exporting raw logs and giving other countries and jurisdictions the opportunity to create jobs from finishing our BC lumber”, stated Bolin, who then continued;

“And we can do it right here at home and we do it better than anyone else – so let’s start doing it.”

“We have the ability in British Columbia to ship, direct from our ports, with quicker times – with more cost-effective approaches – and literally once again becoming a global player in forestry”, the Conservative leader concluded.