Here in the Peace River we ended the time change in the 1960’s, it didn’t take us a decade or more to figure out how to do it.

Screenshot from BC NDP website taken on March 9th, 2020 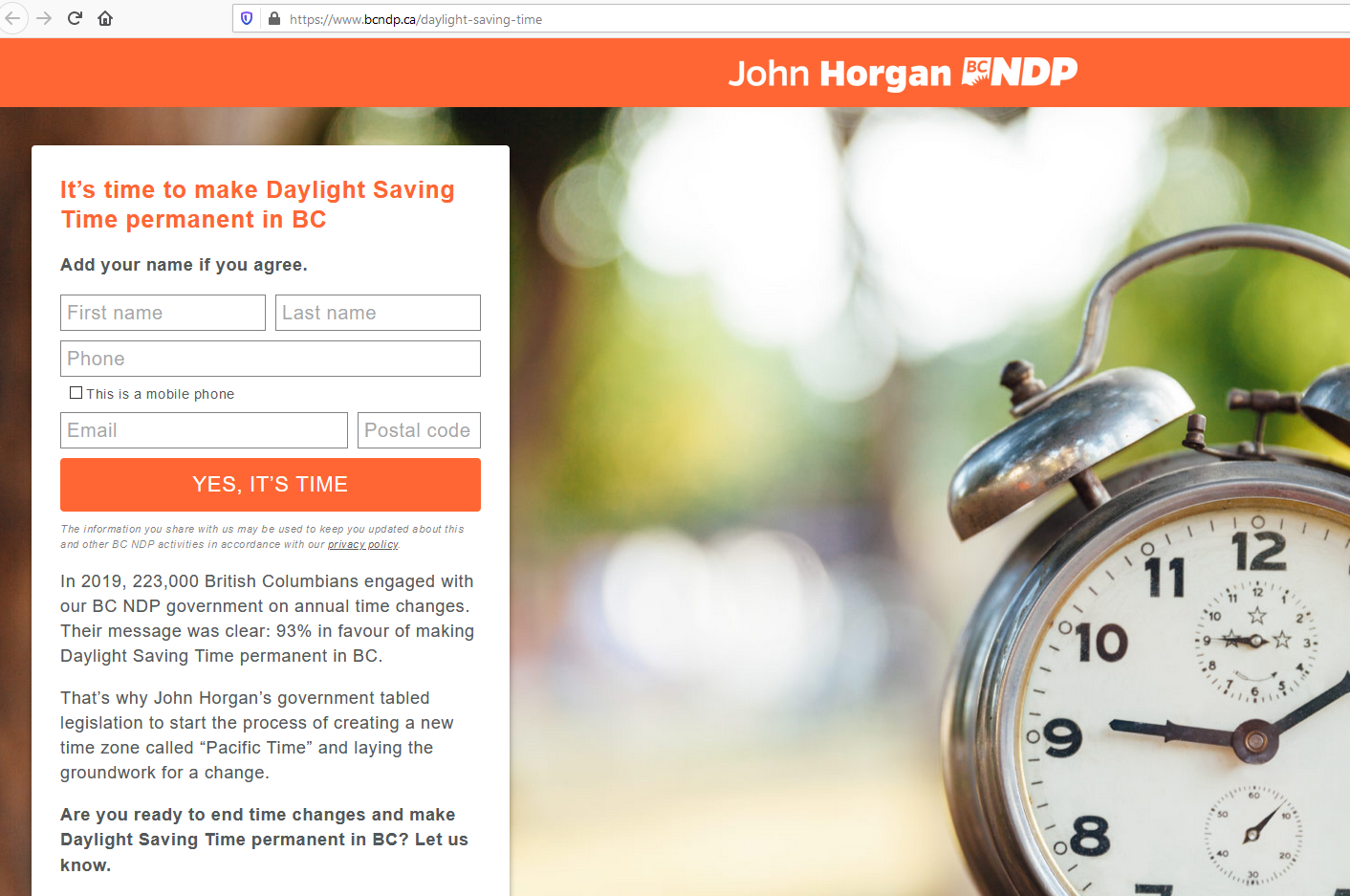 According to an official BC NDP website (published in 2019 and still live today), of nearly a quarter of a million B.C. respondents, 93% indicated they had no wish to continue with the annual time change every Spring and Fall.

“That was a promise made, and a promise broken,” stated the leader of B.C.’s Conservatives, Trevor Bolin. “This weekend, once again, British Columbians will be changing the time on multiple appliances and clocks.”

Continued Bolin, “According to Premier Horgan, the time change is a low priority for him and his government. I have to ask, however, how difficult is it to enact the legislation they already put in place?  It could be accomplished in no time at all, pardon the pun, as it’s highly unlikely the two opposition parties in the legislature will object.  The Liberals promised the very same thing some time ago with no action taken.

Bolin, who was born and raised in the Peace River community of Fort St. John, and is also a city councillor, went on to say, “Here in the Peace River we ended the time change in the 1960’s, it didn’t take us a decade or more to figure out how to do it.

Don’t ‘fall back’ on old excuses Premier Horgan; ‘spring ahead’ on your commitment and make sure this is the final time British Columbians have to lose an hour’s sleep,” he concluded.