Cancer clinics, new hospitals, more seniors care and the like shouldn’t be a carrot on the end of the stick during an election campaign

Cancer clinics, new hospitals, more seniors care and the like shouldn’t be a carrot on the end of the stick during an election campaign 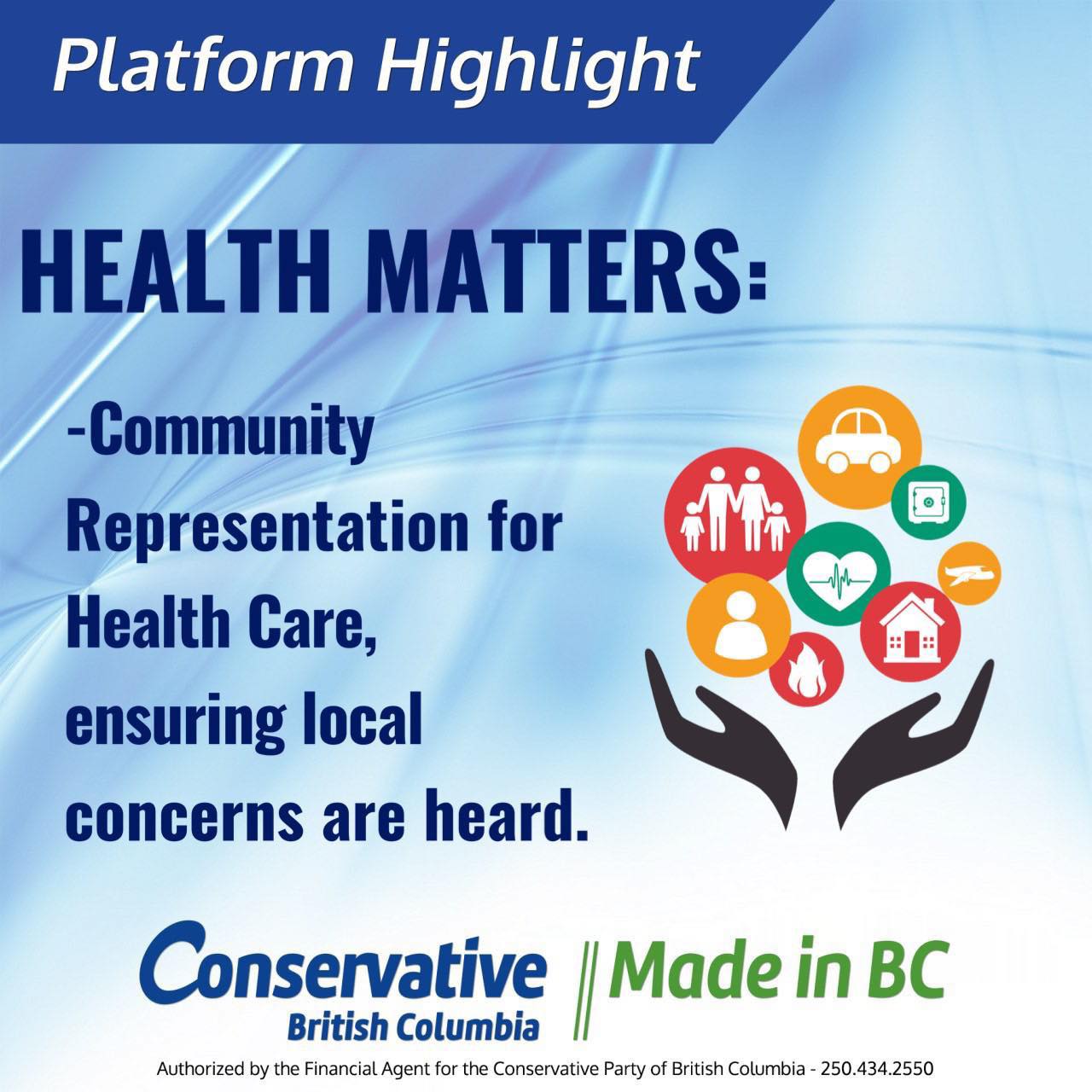 When the “Made-In-BC” plan for BC’s Conservatives was rolled out a year and a half ago (April 2019), we knew right away that it was resonating with British Columbians.

Reflecting back on that this morning Conservative leader Trevor Bolin remarked, “Right away people started asking us for more about this common-sense approach to governing”.

“Over the last couple months, we have even seen politicians from other parties use our ideas, strengthening our belief that a practical made-in-BC approach must be the future – especially around health care.”

British Columbia has some of the best and brightest nurses, doctors and medical care providers in the country and yet the ‘big-box’ regional approach to our medical system (first implemented by then Liberal Premier Gordan Campbell), has failed to allow for genuine community input.

With the BC Liberals implementation of five regional health authorities in December 2001, local community boards were wiped out with the stroke of a pen; that meant the dismissal of a municipal approach to health care.

“We have now seen the devastating effects this has had on both our health care professionals, and British Columbians, which is why we are committed to re-establishing a community-based approach”, said Bolin.

British Columbians should feel like their health concerns and needs are paramount, and that communities and local governments can feel engaged -- and satisfied knowing we have a health care system that works.

“Cancer clinics, new hospitals, more seniors care, and the like, shouldn’t be a carrot on the end of the stick during an election campaign.  BC’s health care is more important than that, and MUST become a 365 day a year commitment.”

“No British Columbian should ever feel that their health or quality of life has been overlooked”, the Conservative leader concluded.