Budget 2021 from Finance Minister Selina Robinson took a page from previous NDP budgets; spend on a few favorites while ignoring the rest

Budget 2021 from Finance Minister Selina Robinson took a page from previous NDP budgets; spend on a few favorites while ignoring the rest

The following is a response from the leader of BC’s Conservatives, Trevor Bolin, to Budget 2021. 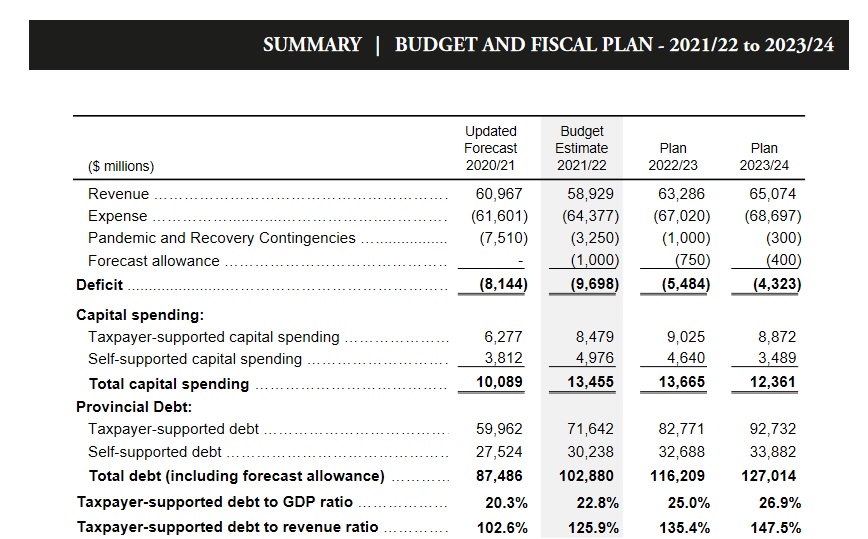 Yesterday, the people of British Columbia were hoping to hear a real plan to pull our province out of the malaise we’ve been in for over a year due to the COVID-19 pandemic. Instead, Budget 2021, from Finance Minister Selina Robinson, did little more than promise continued spending without setting any benchmarks to be met over the next 12 months.

The budget talked about job creation for youth, although it’s unclear whether the jobs to be created were 3,000 or 5,000 positions. What about job sustainability for those affected by mills that have closed and remained closed?

The budget spoke of 3.5 billion dollars in extra infrastructure spending, but much of that will be going to Premier John Horgan’s favoured unions through the so-called Community Benefits Agreements. What about the remaining tens of thousands looking for those same kinds of high paying jobs which will remain unattainable for them?

Finance Minister Robinson spoke about agriculture, however, there is no plan to get B.C. agriculture to new markets outside of our province. The budget talked about COVID relief while thousands of businesses have closed never to reopen, and many small, locally owned businesses still won’t be open by June.

The budget talked about supporting tourism, meanwhile Premier Horgan told British Columbians they can not leave their health districts.

It’s one thing for a Cabinet Minister, whose triple digit salary ($167,868.59) is more than two and a half times that of the average British Columbian’s, to rattle off a bunch of promises in a new budget. But what about the everyday hardworking people in longstanding industries that have fed, fueled, and housed not just the people of our province – but those around the world? Where is the hope of a better day ahead for them?

British Columbians from every corner of this province deserve a government that bases its budgets on the needs of the young, our seniors, low and middle income earners, and those looking to make our province a place where they can put down roots and raise a family. For them, however, nearly $20 billion dollars in deficit spending over the next three years will put the economic well-being of our province at serious risk.

Existing companies and new start-ups are looking to create jobs, pay taxes and become a benefit to the communities they call home.  What they needed to see in Budget 2021 was a sign that sustainable development and growth were a possibility. Instead, what they saw was continued long-term deficit spending and rising debt.

B.C. should be a land filled with opportunities, but with Finance Minister Selina Robinson’s first budget, she simply took a page from NDP budgets of the past; spend on a few favorites, while ignoring the rest.