When a veteran political strategist to the leaders of three political party’s (including the BC Liberals) says that Andrew Wilkinson has by comparison made the NDP’s John Horgan look like a fiscal hawk, you know Wilkinson is in trouble.

BC’s Conservatives agree with Brown; the move by Wilkinson to offer a sales tax holiday for the next year is indeed ... the most cynical, most dishonest, and most outright dumb all-time acts of desperate vote-buying.

In the 2001 New Era election campaign the BC Liberals promised the ‘responsible, accountable management of your public resources and tax dollars’. 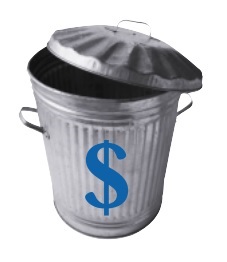 “What did we get after they governed for 16 years?”, asked Conservative BC leader Trevor Bolin.

“Exactly the same thing as under the NDP – a DOUBLING of the provincial debt from $34 to $69 billion dollars”, Bolin continued

“As I stated over the weekend; the best way to serve British Columbians is by way of a solid economical recovery plan. It is not to by spending billions of dollars, or forgoing billions in revenue”.

According to BC’s Conservatives, what will be a short-term gain by removing the PST will in fact end up costing British Columbians dearly in the very near future.

“Where will the money be to ensure our core services and infrastructure are well maintained, and expanded?”, Bolin asked.  “We too would love to promise voters in this election the moon and stars, but that’s what got us in this mess in the first place.”

The leader of BC’s Conservatives observed, “Andrew Wilkinson is cut from the same cloth as Justin Trudeau and his federal Liberal counterparts.”